Note: This Blog Post has been reposted from my training log and was originally published in 2019. The context is that all survey posts were found within a 10 square kilometer area just outside Whitehorse, Yukon territory while working on an orienteering map.

In the years following World War Two, the times may have been hard, but the survey post was nevertheless the source of pride for the nation. All small details were given due care and attention. The centre of the survey post was carefully smoothed off to ensure a good foundation for engraving the vital survey information in the field. 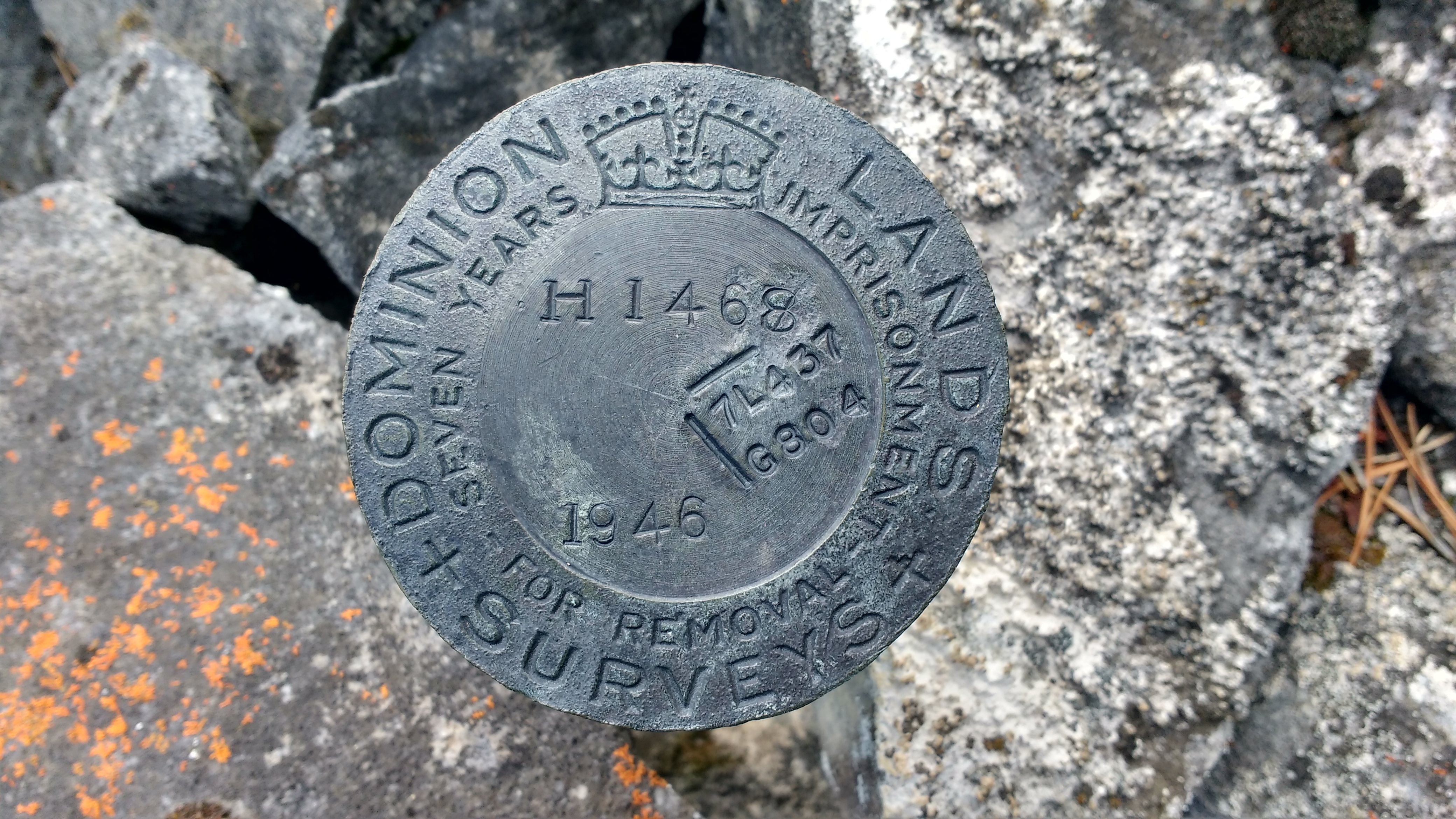 While the exterior portion was mass produced and less polished, it was no less carefully designed. His Royal Majesty George VI’s crown was central to the design, and situated in a position of prominence at the top – the rightful place of the crown. The details on the crown were engraved with stunning precision.
In addition to the intricate ornamentation, the functionality was also carefully considered. The survey post clearly indicated its purpose – to survey the lands of the Dominion. It also clearly indicated not to remove the survey post, for doing so would incur a seven year jail sentence. No extra words were used, nor were too few; the importance of the post was conveyed astutely.

The survey post location is strongly supported by a large cairn, of which the post itself is the summit, ensuring the stake fulfills its duty while enabling easy locating.

While the design remains much the same as that of the 1946 masterpiece, the 1963 survey post deteriorates somewhat. While the entire surface is polished to a smooth surface, this in fact detracts from its functionality, as the central information critical to its function is no longer at a lower level compared with the exterior, and is more subject to abrasion and weathering. 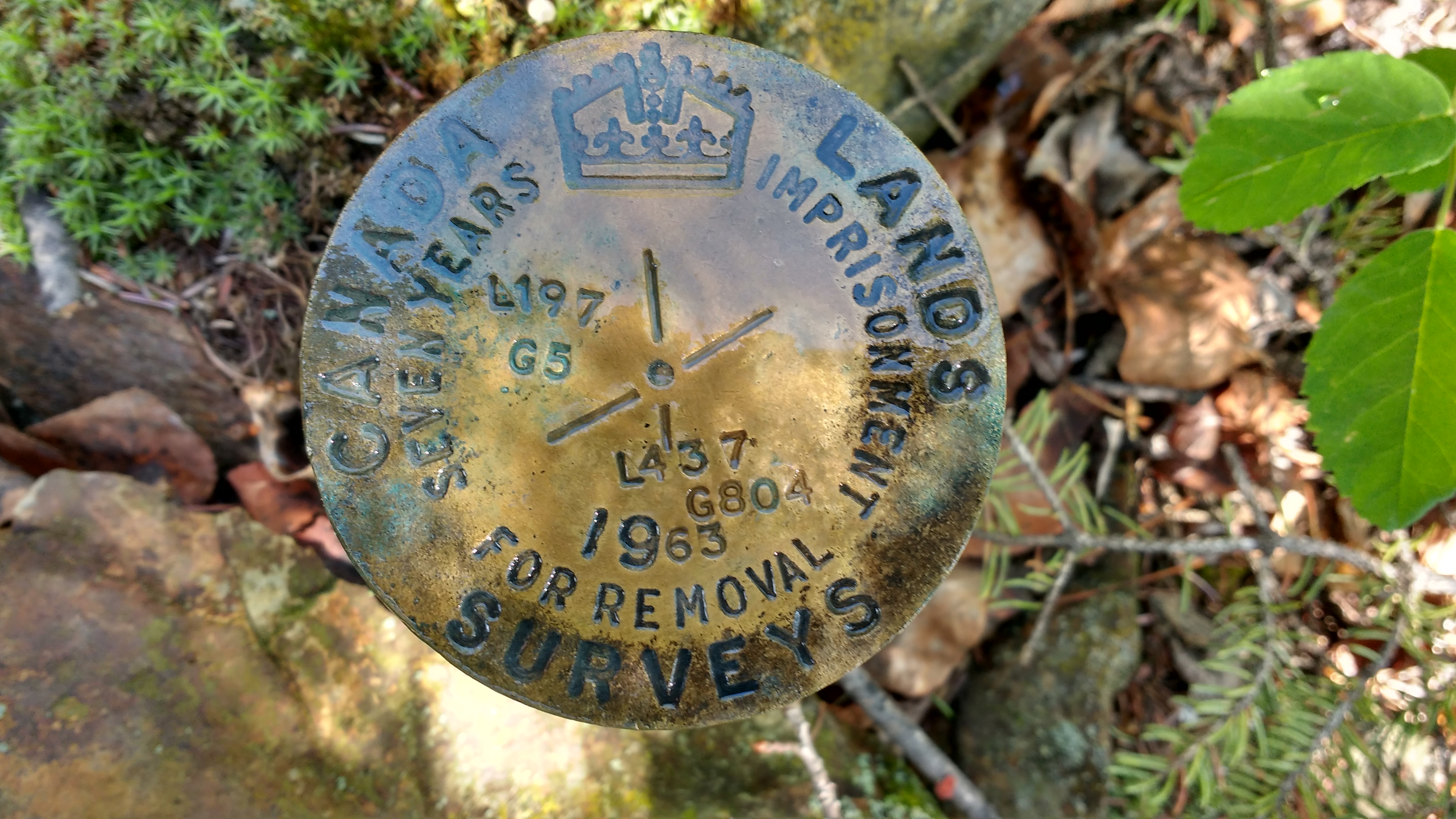 The name has changed to Canada Lands Surveys, as opposed to the Dominion, emphasizing the changing political identity of the region.

The details on the crown are no longer apparent, and the overall manufacturing detail is decreased.

The post is merely planted in the ground, with no cairn to support its claim.

This monstrosity of a design loses any attempt to incorporate beauty into function. Despite its rugged appearance and failure to please the eye, the functionality of the survey post is nevertheless reduced. Instead of a single piece for both shaft and head of the post, the 1972 design instead uses an inferior, rust-prone metal for the stem while the flower is reduced to a monotonous piece of roughly cast steel. Instead of a carefully etched title for the post, the Canada Lands Survey projects from the surface, increasing its vulnerability to the elements and decreasing its legibility. Only the last two digits of the year remain engraved, and that is in a large raised block of steel that causes even the most casual observer to cringe. 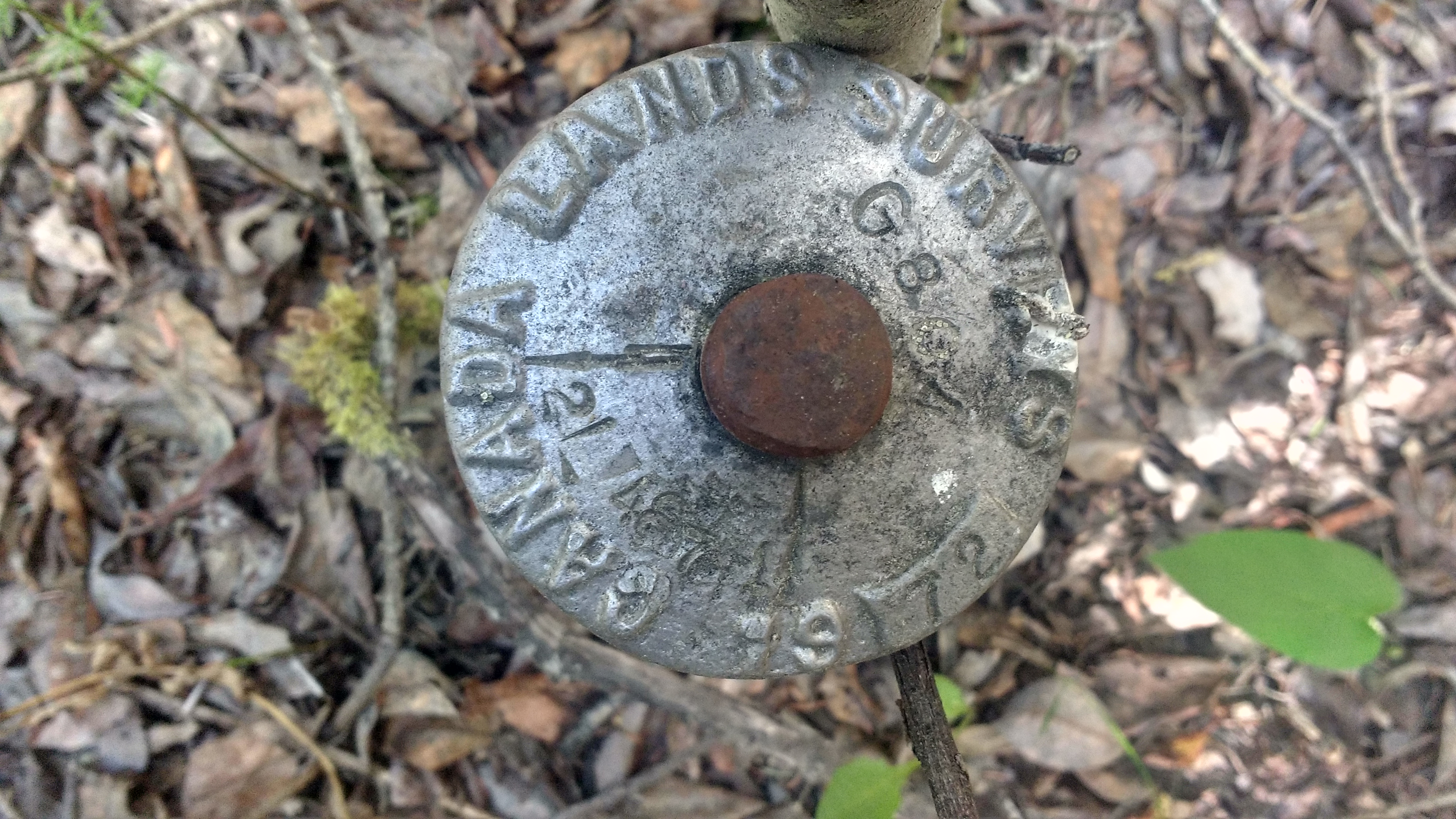 The surveying information itself is engraved haphazardly on the roughly hewn surface, with nary a thought to the reader or the legibility of the surface. Without access to the centre of the post the head of the post cannot carefully display azimuths to the reader from a point of origin, but must attempt the impossible around the cruel iron spike driven through its heart.