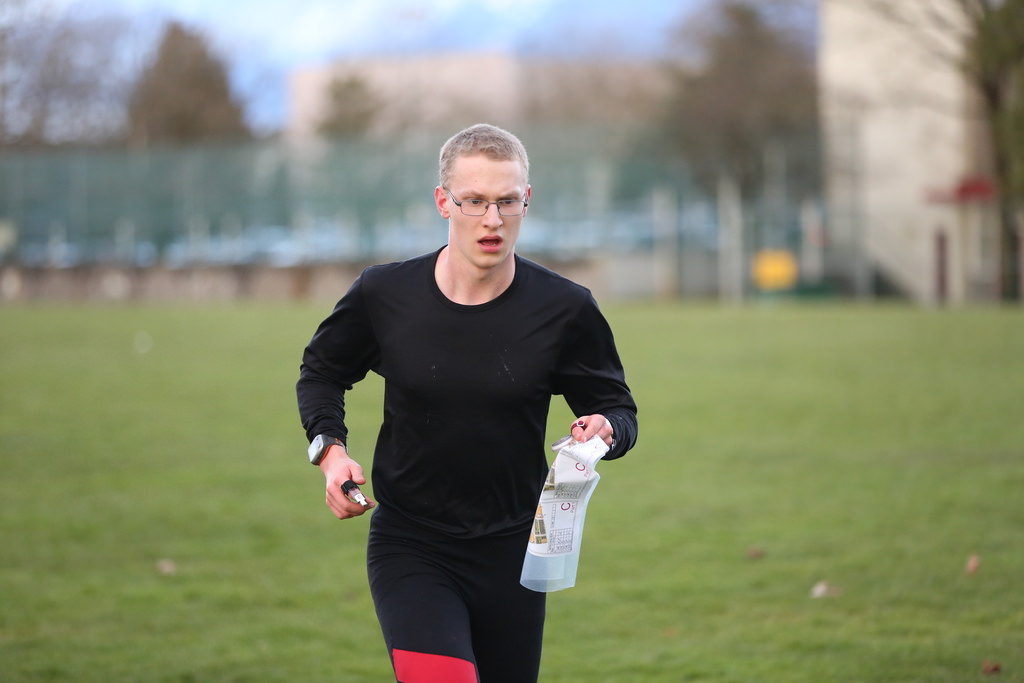 We left Salmon Arm for Vancouver at around 9:30 in the morning, giving ourselves plenty of time to travel along the snowy highways and a quick stop at COSTCO (if such a thing exists) in Kamloops to pick up some groceries for the weekend.  The roads ended up being better than expected, and we arrived in downtown Vancouver at around 3:30 in the afternoon.  After a brief adventure involving a parkade and a roofbox, more suitable parking was found.  With time to spare before the first activity of Sprint Camp at 6:30, I settled into a public building with a wall outlet and finished an Organic Chemistry lab.

Just before 6:30, and after some food (thanks for the amazing Cinnamon Buns Hannah!) we (Rachel May, myself, and my younger sister Lillian) made our way to Sprint Camp check-in and the first training which was an Otervals session around some skyscrapers and parks along False Creek.  Check out a map here.

This was my first time orienteering with SI equipment in around 5 months, although I had done some orienteering training in the snow without controls in Kelowna where I am going to school.  As such, the main goal of the session was to start slow and clean, easing back into reading maps while running, and hopefully get the speed up on the last couple of intervals.  I also have had limited night-o experience, so that added to the fun.

I mostly accomplished my goals, while making several mistakes on the first couple of controls, I tidied things up for the last three and also managed to speed up while running cleanly.  Very happy with this training, it was a blast!

The race day started out bright and early with a FARSTA race at a mostly forested park map called Renfrew Ravine.  Check out a course map.

In typical Vancouver fashion, it was just above freezing and raining throughout the warm-up and race although it seemed to ease up slightly during the race.

I started the race poorly, getting caught up in the mass start and not reading my map enough.  As a result I got drawn off by a control just before mine, but checking the control code (and the fact nobody was following me…) I discovered my mistake and quickly corrected.  I was gaining back places throughout the rest of loop 1 which was clean.  Loop 2 was nigh perfect, and only one small bobble on loop three which cost me less than 5 seconds.  Then loop three hit.  I nailed the first control, but hadn’t read far enough ahead for the second – and ended up choosing a routechoice through some darker green.  I had committed the mortal sin of West Coast orienteering: avoid the dark green. 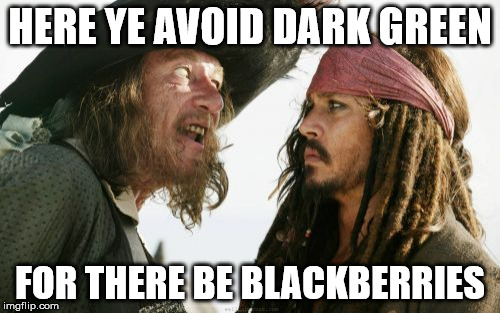 After spending about a minute thrashing through a thorny thicket (my old English teachers must be so proud!) of blackberries in which my map was ripped out of my hand, I proceeded to push the pace to the next control – not noticing when I picked back up my map I started looking at loop 1 again, not loop 4.  Realizing my mistake after almost arriving at control #2 of loop 1, I lost another minute or so backtracking to control #2 of loop 4.  From here on out little bit of the race that was left was clean, except for my bleading knuckles, and 4 parallel scratches along my chest.  But the damage was done in that one mistake: I finished well behind the leader’s time of 13:04, with a time of 17:50 – good enough for 11th place in Elite men (out of 32 starters, 10 of whom mispunched).

The one race this weekend that doesn’t really matter – and I nailed it. First person back from loop 1 – admittedly I had a shorter forking, but other people did make mistakes on it.

Loop 2 was also very good, only one small ~3 second mistake as I got distracted by a control close to mine that I was running past, but that was not mine.

This relay was followed by another training session, a control picking session with around 29 controls in a 20 minute training.  Lots of good practice – felt like I really benefited practicing taking controls and knowing my exit angle (and double checking with my compass) before coming into the control.

Race 2:  BC Institute of Technology

Overall this was a fairly poor race, as well as being my first (and hopefully last) mispunch of the year on the second last control.  I was running fairly well initially, but had a routechoice mistake on #3 where I couldn’t quite figure out the multilevel stuff.  I should have gone back up the stairs, but didnt’ find that route in time (didn’t read ahead quite enough from #1 to #2), and didn’t want to stop to figure it out so ran around on a longer route.

For the next bunch of controls I was clean, but then slipped on some loose rock coming out of 6 and hit a curb pretty bad.  Bleeding from a few knuckles (which had previously formed a nice bunch of scabs after the blackberries) and a nicely bruised shin slowed me down for the next few controls.  Was happy how well I refocused nailing the next 10 or so controls.

On control #14, I punched a control on from expert course (rather than the elite) that was one level below where I was supposed to be for my course. Technically, the controls shouldn’t have been planned that close together – as they were within 15m of each other, a contravention of IOF rules – but I made the mistake of not checking my control description and control codes in an area where I wasn’t quite certain.  Even if there had not been a control where I mispunched, I still would have made a significant 30 seconds mistake just by not reading my descriptions properly.

Ended up a MP, so very back of the pack which was rather disappointing.

This race was followed by another training session on the BCIT map, I opted to do the shorter course as I was starting to feel rather tired out.

This race was testing the new IOF format with a race on a brand new map called Britannia, so GVOC members didn’t get a home field advantage. Here is how the race format works from the Sprint Camp Program page 17:

This is a new race format being considered by the IOF for usage at elite sprint events. In the start lane (before your start) you will be shown an excerpt of the map with three possible forkings (A/B/C). You must choose which forking you think is the fastest to run. You will have 30 seconds to make your decision.
After making your decision (In this scenario Ben would choose B), you will be given a map with the full course on it. You will only be given the map with your chosen forking – you can not change your mind once you have started!
You will be starting in heats of 4. You will choose your forking in SECRET. You will not know which forking the other runners have chosen until you reach that part of the race. This is an exciting opportunity to understand a new race format through head-to-head racing practice!

Try it for yourself.  Take 30 seconds with this pdf, and decide what the best route is.  THIS PDF.
I was quite happy with how I ran this race – I picked the correct option in the pre-start, and didn’t make any mistakes other than first control where I didn’t see the correct routechoice in time.  For some reason, I was assigned a heat with the fastest people at Sprint Camp – Damian, Adam, and Graeme (who ended up finishing Sprint Camp in 1st, 2nd, and 4th overall).  While Damian was gone off the start (he took the correct way to 1…), I managed to stick with Graeme and Adam for a while.  They dropped me several times throughout the race, and I caught up twice, but the third time I got dropped for good on the last couple of controls as fatigue really started to set in. Happy to have read on my own not just followed blindly.  While I finished last in my heat, I had the 8th fastest time of 13:13 out of all 36 competitors across the heats on the 2.1km (straight line distance) course.  For comparison, the winner’s (Damian’s) time was 11:36.
End of Day 1, and part 1 of the blog!  Hopefully will find time to write-up day two this weekend as well, but might be waiting for the weekend after depending on how long I want to procrastinate chemistry labs!